The Grit Catching In The Spaces Of Space 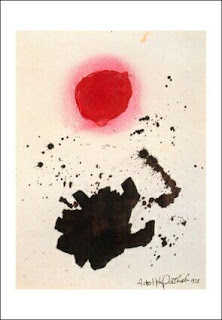 Wisdom party. Packet of gurus. Thoughts into the ether. Force them into the field. Kinship with the invisible. The 'Other': shadow within Oneself. Racket of diary, all for one, is one. The impetus of 'nature' the desire for self-differentiating. Looking into the face of the All, carrying It with us each step. Take this, rationalist: you've stepped too far, too fast. And irrationalist: you dive without looking, a bit like this. All's advance; retrogression's logically impossible, since it's been OUT, and coming back, RETRAVELS.


Nonsense, you say? Poetry gets us nowhere but deeper into the feel of the question.
Posted by Trulyfool at 9:02 PM No comments:

I watched him, as you did, over the decades -- surely an American fixture. Superb writer, and I suppose, one of the most dangerous debaters of the 20th Century. I loved the intelligence, the unrelenting drive to win, the vocabulary, the imitatable quirkiness, the glimpse of unrepentent Eastern Seaboard wealth, the mental world -- that love of Idea.
But note: his rich soil provided the fields wherein were planted much that should not have been cultivated.
As a devout, conservative Catholic, he could brook no compromise with 'progressive' ideas because they harbored secular -- and routinely, materialist -- assumptions. As a rich man, he saw freedom first as a libertarian, economistic distancing from any centralizing control: in America's case, the Federal Government.
Before I mist over too much about him, I do have to consider that, even in Charlie Rose's clip-tribute to him, Buckley, conceding the errors of McCarthy, still -- still, in his 80s -- maintained that those who demonize McCarthy now are worse.
Yes, the George Will quote from the 80s does tell it: before Reagan, there was Goldwater, and before Goldwater, there was The National Review, and before that the idea gleaming in Buckley's mind. If we take that provenance forward, we come to the opportunistic formulizations of Bush Senior, the crackpot manipulation of Newt Gingrich, the proto-fascism of Limbaugh, O'Reilly, and Coulter, and the Messianic reactionary mess of Bush Junior and company.
There. I've dried my tears. Ready to face the world. It now needs re-orienting.
Posted by Trulyfool at 6:38 PM No comments:

Email ThisBlogThis!Share to TwitterShare to FacebookShare to Pinterest
Labels: politics

Which is redacted from which?

Text A: "This is how we elect the fools."

Text B: "This is how we the fools elect."

Posted by Trulyfool at 4:31 PM No comments:

The feeling of being observational and out-of-sync now becomes an almost blushingly fashionable sense of my life experience.

What brings this to the fore? The mulling over on not only the country's current mad policies, but on the mad policies' forced reassessment, like a dope-slapping followed by a cold water spritzer tossed into a moments-before-placid-dinner-party face, by our international friends of what we really may have been all along.

Now it doesn't take 'commie' adversaries to slather on 150 years worth of analytic to make the challenge. Everyone notices the drunk in the department store. All the kids avoid the barking dog. No one can but resent the sour man in a tuxedo who calls you 'you'.

So, the review my sweat-waking naps find themselves pulsing to is the review of my miscresting with the wrong wave, misevaluating as heartthrob a slavish flattery, mistaking as adoration the buckle of weakened knees and the pucker of resentful lips.

Am I the American Baby all the rest made true goo-goo eyes at? The feeling had pride to it. Strong, but clean. Tough, but good. Victorious, but kind. This last go-round has gone toward sobering me and the rest. Is there no 'force of good', no 'force of evil'? Am I myself, as it would seem now, both, contending through agencies for which I am responsible? How much of the 'forces of the universe' am I in their entirety?

If we begin to read our own footnotes, we may see where to read further. To a culmination or to even deeper notes.

Posted by Trulyfool at 10:40 PM No comments: 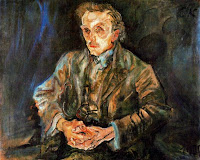 I hope you didn't think the misunderstanding foolish on either your or my part.

I hope you didn't lose any sleep or fidget or get up and puzzle your dog with your pacing and sitting under a lone lamp with some inert milk.

The smartest student in my night class said, "This isn't what I expected," and talked around what he came to think was sounding like an insult to my ears as my arms crossed and my hand went up to protect my lips and hope, just keep the hope at a distance, because I didn't really need it, did I,

And he wasn't, no, he wasn't, his eyes insisted, widening in the unneeded apology he wasn't really making.

So when the room closed everybody out, and I stutterstepped to my car and gassed the 15 home, and blinked the TV

And jawed old food, and fell to bed, 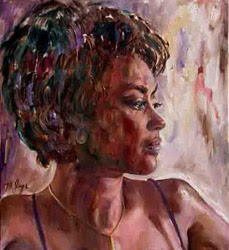 They talk about the great Jazz Ladies: Ella, Sarah, Billie, and Carmen. Well-chosen. If we keep to the rich world of the African-American, I would nominate other voices quite arguably on their par: Nina Simone and Nancy Wilson.

I've been sampling Ms. Wilson and wandering, seeking the right collection, and, you know? There's But Beautiful, and there are the separate collections with Cannonball Adderley and with George Shearing. The rest are laden with the over-orchestration of the Late 50s/Early 60s.

Why did the musicians go that way? Well, why did the era go 'Rat Pack' and Vegas and Hef? For those younger than the mountains I watched grow in the distance, America once had a sense of legitimate triumph, of being the 'good guys'. We 'earned' big sound, intrusive harmony. So, it seemed right to 'overdo'.

That's not so truly felt today.

Here's my humble suggestion: produce an album of Nancy Wilson sans other musicians altogether. Would that sound too bare? Or give us real music, real greatness? The Lark ascending?

Posted by Trulyfool at 6:21 PM No comments:

Once the new power takes its hold, its grip firm and uncontested, then true criticism begin!

It might be that, once seen for who they are, they will be renamed, and the names they did use be no longer evermore wanted.

That is the psychology of melodrama and legend. We will live with the names and the personages, and they will still have vocal defenders.

Some hour I will walk into near desert and hold turquoise.

Posted by Trulyfool at 9:48 PM No comments: 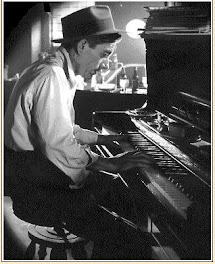 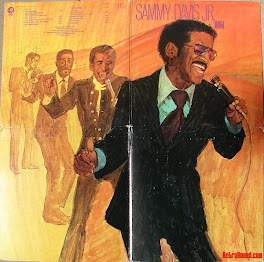 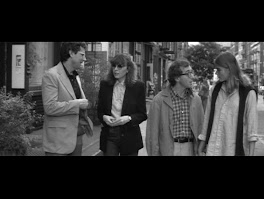 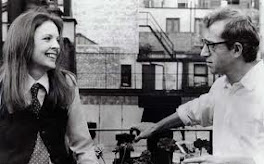 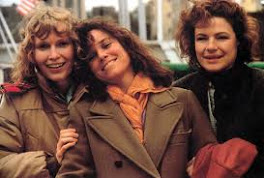 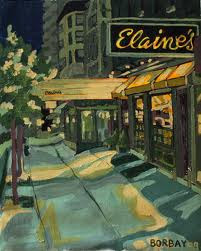